Rogersville, June 23rd, 2019 – Response of the National Farmers Union, New Brunswick section, to the “Dairy is Scary” Campaign being promoted by the Vegan Education Group.

“A food system which oppresses and abuses farmers is, in fact, more apt to engender and multiply the abuse of livestock animals. The NFU reiterates that the images seen in the sensationalist video shared by the Vegan Education Group is but the symptom of a dysfunctional industrial food system and that these same images only represent a tiny fraction, if not practically none, of the reality of dairy farms in New Brunswick”, declares Pierre-Olivier Brassard, peasant and member of the Board of Directors of the National Farmers Union in New Brunswick.

The National Farmers Union in NB insists on adopting a position about this propaganda campaign in order to diversify the debate and to reiterate its own position on livestock rearing; first of all from a peasant point of view, but also with a contextual analysis of the food system.

Livestock rearing has always been linked for millennia to a peasant food system, in complete symbiosis with agrarian ecosystems interlinked between animals, plants, humans, and the natural microcosm that is, as such, a farm. Composted animal manure has always served as a free and natural fertilizer to enrich agricultural soils and to feed all of the microscopic fauna of living soils which are, in fact, a masterful carbon sink. Ruminants have always been essential to the revitalisation of lands unfit for vegetable and grain crops because of their capacity to transform the fiber of grasses into protein, through their flesh and their milk. For example, nomadic pastoralist native peoples have always been in complete union as per the interrelation between animals and humans, whether in terms of migration and transhumance in search of fresh pastures for bovines, as much as for the daily provision of foods for humans and for making clothing. These ancestral agrarian systems are in full evolution since the arrival of capitalism and the industrial era, which will upset modern society, including the peasantry.

Since the mid ’70s and the advent of the industrialisation of agriculture, the quantity of foods of all categories produced on Canadian farms is in full growth while the net income at the farm level is in decline. But what is the cause of this net loss at the farm level and what are the consequences on production techniques, in particular those linked to livestock rearing? They are to be found in a worldwide food system, where distribution, processing, and sale of inputs are the centralized property of a handful of corporations. They are also to be found in a North-American agricultural model, which pushes farmers towards a productivist, extractivist, and specialisation vision of production. This is what pushes farmers to always look for lower costs of production to be able to survive, year after year. Therefore, they are placed in a position of significant vulnerability by having to depend on a vicious circle that deprives them of their means of production while creating a precarious financial and psychological situation.

The National Farmers Union in New Brunswick reiterates once again that the vegan movement can be part of the solution through critical thinking and by questioning the food system, as well as the environmental responsibility of industrial livestock production, but that once again, it is not livestock that is the source of the problem, but really the “how” we raise animals.

Glassville, NB – The National Farmers Union in New Brunswick (NFU-NB) is concerned about a request for proposals for potash exploration. The Government of New Brunswick recently issued a 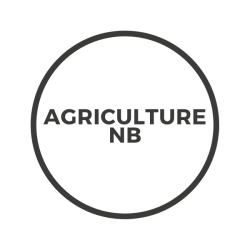 March 7, 2022 – Agriculture NB is alarmed by Bill-75, which includes an amendment to the Mining Act that would give prospectors leave to go on private or farm land

The National Farmers Union in New Brunswick (NFU-NB), the Agricultural Alliance of New Brunswick, and Really Local Harvest ask the government and Alcool New Brunswick Liquor (ANBL) to rescind recent changes to the distribution system, introduction of profitability levels and the registration process.